THE BAROQUE STYLE OF MARTINA FRANCA IS AMONG THE MOST ROMANTIC ONES OF THE ENTIRE
REGION. COME AND CHECK IT OUT, TOGETHER WITH VILLA SAN MARTINO RESORT!

Few kilometres from the more famous Locorotondo and Alberobello, in the wonderful Itria Valley, Martina
Franca rises up as a small, but enchanting town in the province of Taranto.
Renown for its baroque architecture and for the musical Festival of the Itria Valley, whose capital is exactly
Martina Franca, the city rises up on the southern extremities of the Murgia, on the border of the provinces
of Taranto, Brindisi and Bari.
The term “Martina” dues its origin to the devotion that the citizens in such area had towards San Martino
from Tour, whereas the adjective “Franca” was added in 1310 by Filippo I D’Angiò, as he attributed several
privileges to the city, such as exemptions and perpetual public concessions.
In 1310 the city was named Franca Martina, but over the centuries, due to the loss of such perpetual public
concessions, the adjective “Franca” fell. Only after the Unification of Italy in 1871, the city was baptized
Martina Franca once again.
Santo Stefano’s Arch is the gateway to the town, a triumphal entrance in Baroque style, with a sculpture of
Saint Martin on the top, which exemplifies the romantic, Baroque- and Rococò beauty of the town.

THE BAROQUE IN MARTINA FRANCA

Once you’ve walked in, you get access to the historical centre, rich of urban scenarios of great impact,
which dominate the main avenue, Via Vittorio Emanuele, commonly named Ringo, from the medieval Latin
ruga: the term comes from the medieval Latin ruga, meaning street, or rather the borders among the
territories of Monopoli and Taranto, which represented the area for the development of Martina Franca
during the XIV century.
Extremely beautiful is the Ducal Palace, seat of the duke Patracone Caracciolo di Napoli, today’s city hall.
Remarkable are the inner halls of Arcadia, of the Myth, and of the Bible, which owe their names to the
series of frescoes they host inside, each of them being an artwork of the painter from Francavilla Domenico
Carella, who accomplished them in 1776.
The Ducal Palace also hosts a museum, containing, besides precious jades and porcelains from China and
Japan, a magnificent collection of the most prestigious works of art of western manufacture, for a total of
about 7000 pieces.
Beautiful are the walls, entirely covered with yellow-toned frescoes, and the ancient connecting doors,
which give a sense of power and infinity.

We got to the real jewel of Martina Franca’s Baroque.
The cathedral, originally from the second half of the XVIII century, owes its peculiarity to its wonderful and
magnificent facade, whose flagship is the image of the Patron while cutting his cloak to share it with
Amiens.
Inside the cathedral, noteworthy are: the major altar in polychrome marbles from the 1773, which follow
the Neapolitan School, then the ample chapel of the Blessed Sacrament, a nativity scene by Stefano from
Putignano and various canvas by Domenico Antonio Carella, among which L’ultima cena (“The Last
Supper”).

It also hosts the relics of Saint Comasia, martyr between the II and the IV century according to the tradition.
In April 1998 the Pope Giovanni Paolo II promoted it as Minor Basilica.

Walking around the alleys of the town, all in white and typical of the towns in the surroundings, we enter
the historical centre.
Once again, the Baroque and Rococò style stands out, as evidenced by the churches.
Part of the current paving was remade during the 80s, but once the difference in the flagstones of the
alleys was intended to indicate the logistics of the historical centre.
Indeed, the main streets leading to the ancient city gates, right outside the historical centre, were made in
black lava rocks, whereas the ones leading to the inner part of the city were realized with white stones.
Some strips of the streets still retain this chromatic differentiation. 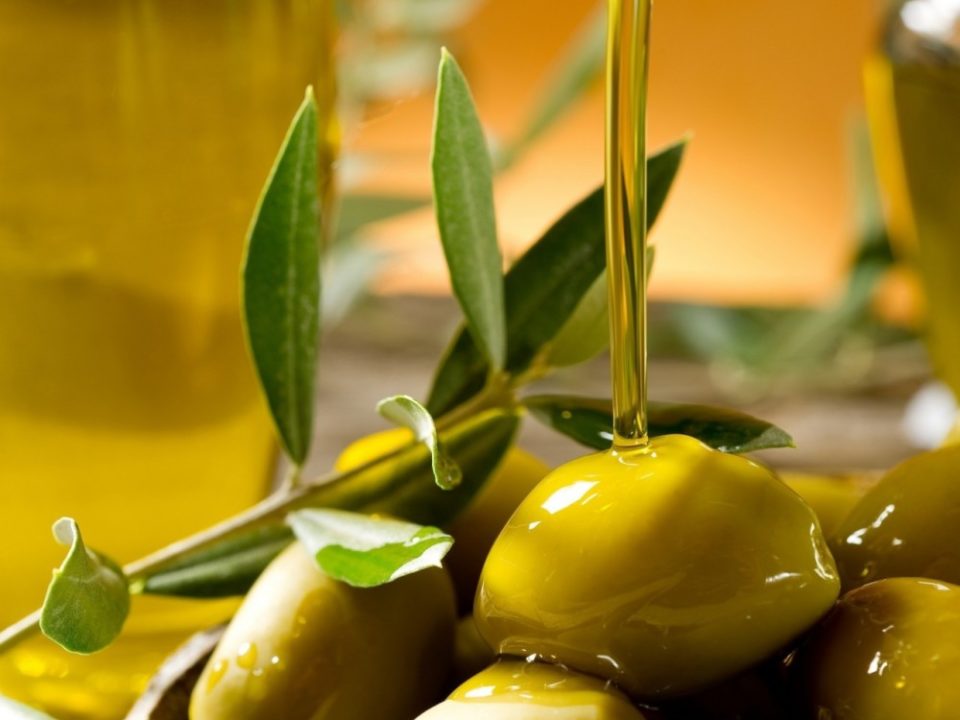 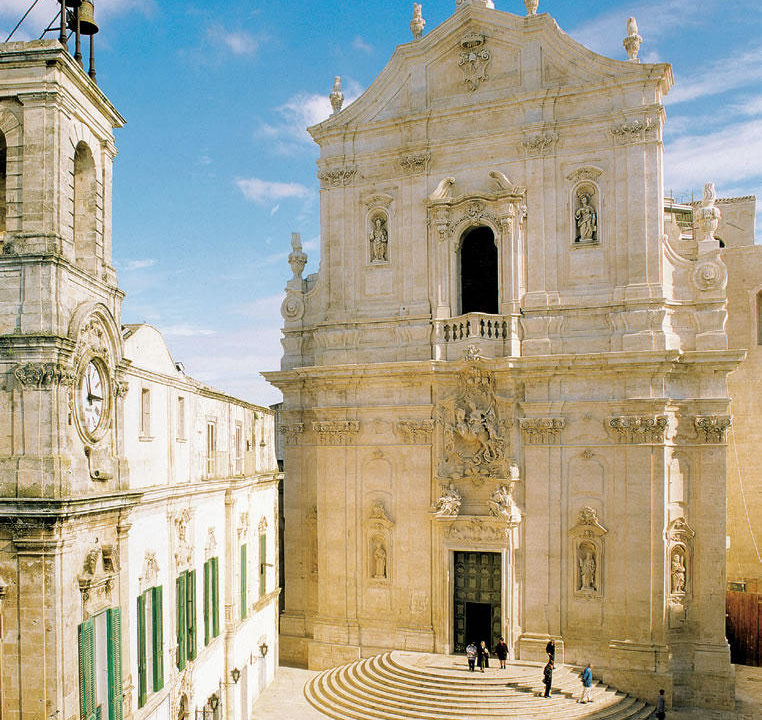 HOSPITALITY IN APULIA, TRADITION AND MODERNITY